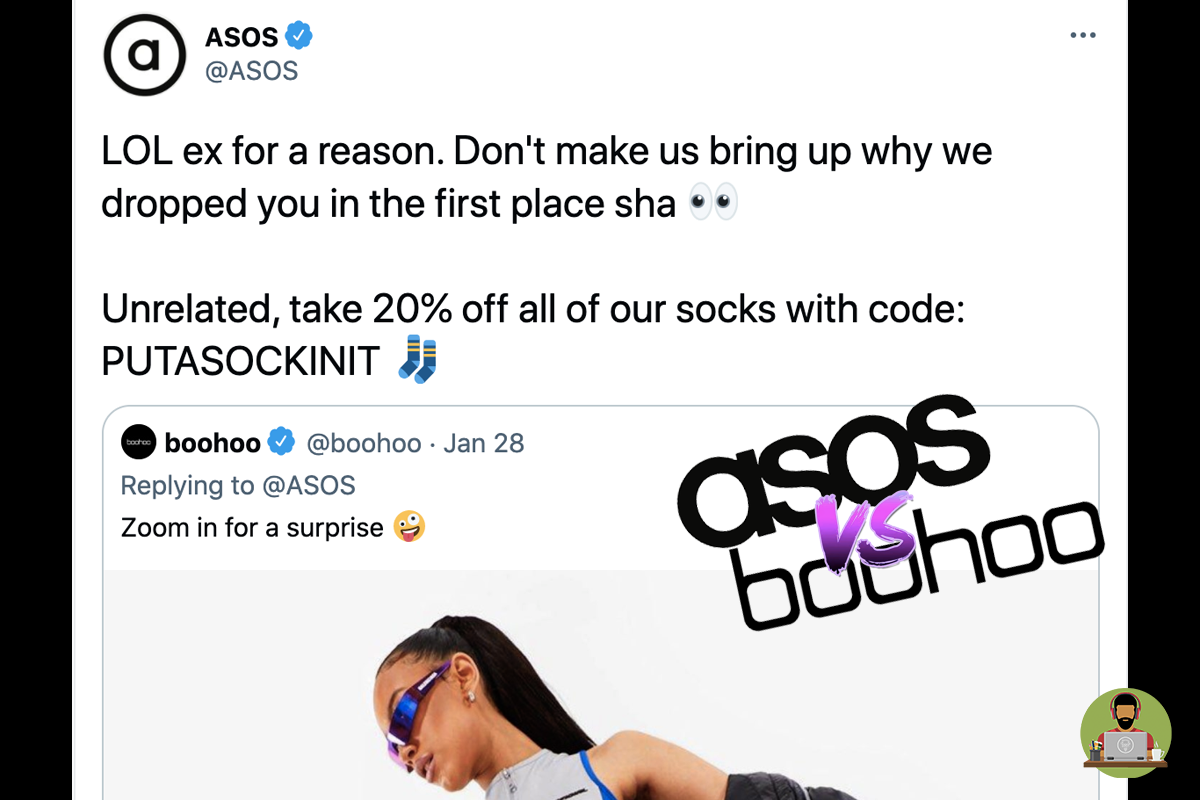 When rivals go head-to-head on social media, the extra publicity usually means they both win. Online retail giants ASOS took to Twitter to shame their rival Boohoo for a ‘Photoshop fail’ – sparking a hilarious argument over a £10 pair of socks.

Capitalising on the opportunity, ASOS followed up with “Big up their styling team though, TOP TIER socks… Shameless plug.” with a link through to the page. Despite the mistake, Boohoo were quick to respond with “You’ll only ever be an accessory, @ASOS.” and posted an edited photo.

Why is this important? With over 11k likes, the tweet from ASOS went viral and provided instant organic promotion. When managed correctly, social media is an extremely powerful tool, not only to reach more prospects and generate sales, but to contribute the personality of the brand.